A Night of Celebration and Song | Ulster Hall 6th February

Join George Hutton, a renowned tenor, performing a live exclusive concert at the Ulster Hall in celebration of Age NI’s 10-year anniversary. A night of local talent, this event will be an honorable acknowledgement to the great work of a local charity, Age NI.

Join James St and Prestige Irish Whiskey Developer, Joe Magowen for a delightful evening of food, gin and whiskey. The event will include a four-course meal- each course paired with a drink to compliment the delicious meal.

The only show to be endorsed by the Cash family is coming to the Ulster Hall this February. With all the hits such as Walk the Line along-side some of the darker more atmospheric songs like Hurt-making this year’s show an emotional roller-coaster of songs through Cash’s career, packed together in one fantastic evening’s entertainment.

Irish country sensation Derek Ryan is set to continue with his biggest concert tour yet. Derek and his fantastic band (now rated as Ireland’s leading country band) are back on the road to perform many of Derek’s classic hits. Whether it’s a gift or for yourself, it’ll be a night to remember this February at Ulster Hall!

Starting off as four young teenagers who shot to fame in 2009-the four-part band are coming out of a three-year hiatus to bring their music back to their fans, in what is set to be a gig to remember forever! Don’t miss Bombay Bicycle Club live at the Ulster Hall.

BRIT-nominated DJ, producer and artist Sigala is coming to Belfast this month! Having played festivals across the UK and Europe over the summer, Sigala is a world-renowned act that is not to be missed.

The Ulster Orchestra presents Music for Valentine’s, in a stunning performance with Chief Conductor Danielle alongside his talented wife & star violinist, Francesca in a beautiful Valentine’s Day Concert. An exquisite way to spend your Valentine’s Day.

Bingo Loco has taken the world by storm. Organisers have flipped Bingo on its head with rave rounds, conga lines, dance offs, lip sync battles, glow sticks and prizes ranging from holidays to cars to lawnmowers.

This is one rave not to be missed – coming to Belfast on 2 occasions this month!

Join Fratelli’s, Panama and the Restaurant at The Fitzwilliam to enjoy an evening meal for £15- all you must do is quote ‘Belfast Restaurant Week’ whilst booking. Available from 5pm-7pm.

After two sell-out shows in 2019, Colin will bring laughter to your belly again in his upcoming tour, Colinization. Hailing from Downpatrick, local funnyman Colin Murphy has become a household name for many- as a resident panelist on ‘The Blame Game’ and RTE’s ‘The Panel’ – Colin will be sure to have you crying with laughter.

For almost 30 years, Tommy Fleming has been honing his craft and entertaining the masses with his extraordinary talent. His worldwide success has made him a household name in many homes across the globe and his fanbase is growing year on year. A special night of music, song and stories; Tommy will be joined by his band for this special gig at Ulster Hall not to be missed.

One of BBC’s most celebrated presenters through her hugely popular investigative series Stacey Dooley confirms show at the Ulster Hall in Belfast on 23rd February 2020. In this rare  live appearance, Stacey talks about her remarkable career so far, where she’s headed next, and how news and investigative journalism are evolving in such a highly polarised global political climate and a constantly shifting media landscape. 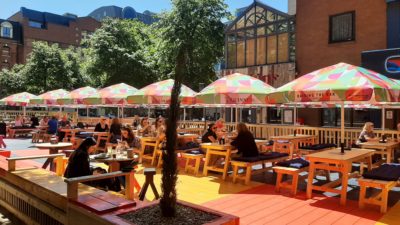 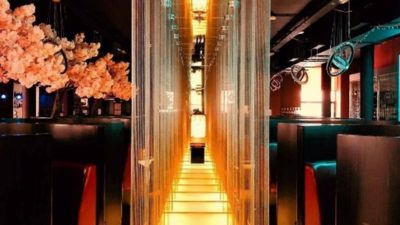 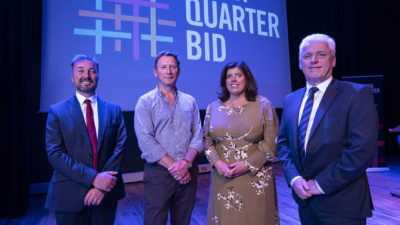