This is to give notice that a ballot is to be held on the proposal of the Linen Quarter BID to renew the Business Improvement District (BID) for five years from 1 February 2023 to 31 January 2028. You should shortly receive a copy of the BID Proposal Document from the BID Proposer.

The ballot will be conducted entirely by post by the Independent Scrutineer, Civica Election Services of 33 Clarendon Road, London N8 0NW. Ballot Papers will be sent to those eligible to vote on Friday 9 December 2022 for return to them by no later than 5pm on Tuesday 24 January 2023 (the “day of the ballot”).

This Notice is in respect of the Hereditaments in the following streets:

Appointment of a Proxy
Persons eligible to vote in the BID ballot may appoint someone else to vote on their behalf (for example, if they are going to be away at the time of the ballot). Applications to appoint a proxy must be submitted to Civica Election Services (CES) at the above address no later than 5pm on Saturday 14 January 2023. An application for the appointment of a proxy must be made in writing and:

A proxy appointment may be cancelled by notifying CES at the above address no later than 5pm on Thursday 19 January 2023.

Lost Ballot Papers
Ballot Papers will be despatched on Friday 9 December 2022. If you have not received your ballot paper in the week after this date, please apply for a replacement ballot paper.
CES can provide a replacement request form to aid the process of requesting a replacement and providing all the necessary information. Please email bids@cesvotes.com to request one.

You may apply to CES for a replacement paper by supplying ONE of the following:
a) An email sent from a business account including a company email signature; or
b) A letter in hard copy form along with the appropriate ‘evidence of identity’; or
c) A scan of both the letter and the ‘evidence of identity’ attached to an email

Hard copy requests must be signed by the Eligible Voter and evidence of the voter’s identity must be provided in the form of ONE of the following:
a) A signed Letterhead for the appropriate company; or
b) A signed photocopy of the National Non-Domestic Rating Bill for the hereditament; or
c) A signed photocopy of an item of personal ID such as a Passport or Driving Licence.
Please do not send original copies of ID or Bills.

CES will issue any replacements that match the requirements detailed above, from the replacement deadline on Wednesday 18 January 2023.

Count of Ballot Papers
Ballot papers will be counted on Wednesday 25 January 2023, and the result of the ballot will be announced shortly after. 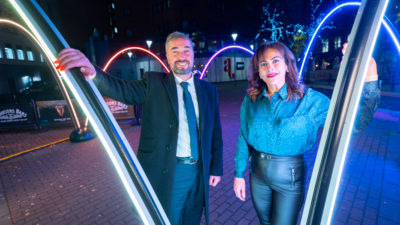 ALL IS BRIGHT: ‘REUNION’ CHRISTMAS LIGHTING INSTALLED IN THE LINEN QUARTER 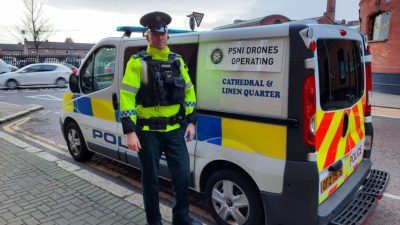 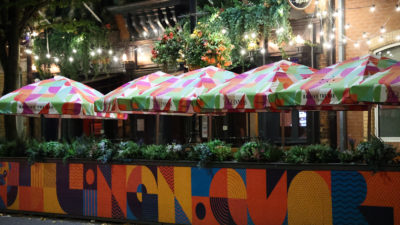