“Fate (and a job) brought me to Belfast in early 2012 and I quickly purchased a bicycle to help me get around and explore this fascinating city that was new to me. You can imagine my shock when being confronted with the fact that getting around on a bicycle was not straightforward – even for a confident cyclist like myself”.

I, like most Dutch people, started cycling at an early age and cycling has been my first choice mode of transport ever since. My bicycle would take me to primary school, secondary school, university, work, shops, and leisure places all around the region I grew up in. My 3-year old niece is already cycling, and both my parents (both in their 70s) still cycle to shop for groceries and for exercise.

After having acquainted myself with my new hometown and its poor cycling infrastructure I made a conscious decision to continue cycling in Belfast as much as I could. At the time, the most important reason was a financial one – my first bike was very affordable – but as I learned to know the road network of the city convenience and speed of travel soon became the main reason to cycle. Despite the fact that Belfast is hilly (although I’m lucky that inner East Belfast is more akin to the Netherlands in this respect) and the weather isn’t – ahem – great, I find myself travelling from home to the office in the city centre in 15 min. The fact that I don’t have to worry about parking (I use public bike stands directly in front of the office building) means that a journey by car would have probably taken me longer. Add to these considerations the general health benefits of the daily 30 minutes of moderate exercise and the lack of carbon / NO2 emissions and it really is a no-brainer to cycle into work.

Of course, all is not good when it comes to cycling infrastructure in Belfast. As a cyclist who shares the road infrastructure with other forms of transport – as segregated cycle lanes are non-existent on the most direct route into town – I feel I constantly have to compete with other road users. This takes a high level of confidence and it is no wonder to me why the cycling community seems to be dominated by men – often in lycra. Although there are some segregated cycling routes into town – they often are indirect and piecemeal with the risk you end up ‘stranded’ at the end of a cycleway with no clear idea where to go next. As East Belfast benefits from relatively good cycling infrastructure, I can only imagine the obstacles cyclists living in other parts of town must face.

When you finally have made it into the town centre, it is not always easy to find secure bicycle parking – especially sheltered. And finally, many office premises still lack shower facilities – which are a must if you don’t want to arrive in a meeting all sweaty – and associated storage facilities.

Having said all that, I think there is good reason to be optimistic about the future. In recent years a number of greenways / cycleways have been developed across town and more are planned, including a new bridge across the Lagan. Increased numbers of bicycle stands in the city centre and a continuing roll-out of the Belfast Bike scheme will provide further incentives for people to take up cycling. More and more offices are being fitted out with proper facilities that accommodate a cycling workforce. Pop-up schemes such as the Dublin Road cycle lane, although flawed, have helped to rebalance the traditional car-dominated roads of the city towards cyclists and pedestrians.

All this has helped to make cycling more viable as a mode of transport, and I have seen a definite increase in the number of cyclists on the roads in recent years. More importantly perhaps is the fact that this ‘cycling community’ seems to be getting more diverse. A lot of investment and commitment is still needed to make cycling attractive for all, and the true marker of success in this regard would be if both our 3-year olds as well as our 70-year olds start to appear cycling in our streets.

Finally, as a member of the Linen Quarter BID’s work team, I am happy to say that the Linen Quarter is on course to become Northern Ireland’s first sustainable urban district, with a number of public realm improvements lined up and ambitious plans for a number of cycle friendly interventions in the future. I am especially pleased about the new partnership between Linen Quarter BID and Cycling UK, which showcases how the BID is actively working to assess and accredit cycling friendly employers, as well as provide free services to employees working in the district such as bicycle maintenance, security marking, and bicycle training. All this will help to promote the Linen Quarter, and ultimately the whole of Belfast, as a cycling friendly destination more akin to the Netherlands! 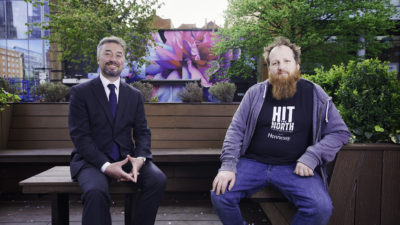 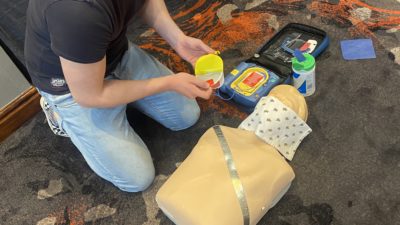 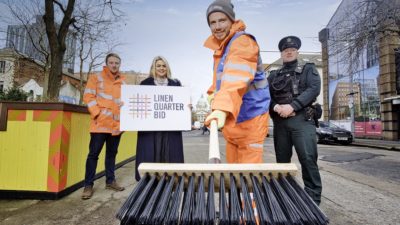